An other very positive performance for Julien Lieber at the MXGP France, last week-end.

On Saturday in the time practice Julien finished second behind Tim Gajser.
In the qualifying race he recovered 12 positions from the 37th to the 15th, after being involved in a collective crash during the first lap. 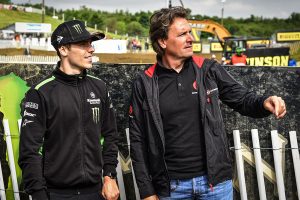 On Sunday, despite some physical problems due to the crash of Sunday, he did great.
He was solid and consistent in both races: in race one he started 11th and finished 9th; in race 2 he started 13th and fished 6th, which is also his overall position.
Julien is now tenth in the World Championship classification with 141 points.
This site or third-party tools used by the site, make use of cookies that are necessary for its functionality and useful for the purposes outlined in the cookie policy. If you would like to know more or opt-out of all or some of the cookies, please refer to the cookie policy.Got itRead the Cookie Policy